The Teenager Living with Covid-19

Living in lockdown as a home-schooled 13yr old.

Simple things like going to visit my grandparents or nipping to the shop to get snacks weren’t an option anymore, they were options I may not have taken up in the first place, but not having them felt like I was caged in. It was like being in a room after someone had locked the door; I might not have left the room when the door was open but when the door was locked, I felt trapped. I couldn’t see my dad either because, while we lived in Scotland, he lived in England. As he worked with people outside of his household, he was not allowed to see us because we were shielding. Lockdown brought worries and problems that I couldn’t fix. Both my mother and sister were in the vulnerable category, meaning that we had to be extra careful whenever we dared leave the house, we never left without multiple pairs of gloves and a mask. My two sisters and I would take turns in going to the shop with our live-in nanny, so we could get used to wearing masks and gloves whenever we went out.”

Much has been debated over the last 5 months regarding the mental health decline of the country and how the lockdown has caused a spike in domestic violence, neglect and poor mental health. Ministers may well attempt to ‘raise awareness of children talking about their mental health to others’ but are we really acting on these concerns and is just talking about mental health enough? For some children blogging, diary writing and tweeting has become the go to place for teenagers to express how they are feeling and what they are seeing. Who is taking notice of the words they speak…

“ Lockdown was easier for me than a lot of people; I had space. Space to avoid my family (if I so wanted), space to exercise and have fun without having to leave the property and space to relax. Also, I was not as affected by Lockdown as countless others were; others struggled through lockdown because they were forced to self-isolate alone and couldn’t socialise. I had my family with me, no matter how annoying they could get. Before lockdown, my mother and our nanny would drag me to ‘make new friends’ or when we went Ice-skating they would encourage me to speak to others; after lockdown started, I didn’t have to speak to anyone outside of my family or the safety of my friendship group. One thing that we never had to worry about was unemployment; thousands of people lost their jobs due to Lockdown but, because my mother was a lecturer at a university, she could work from home and do all her work from her laptop. My dad, however, worked in hospitality so he couldn’t work. He immediately got a job working night shifts at a supermarket. Other people were stuck at home, which caused us to take more time and attention when we contacted them. For example, my sisters and I started to face-time our grandparents more often and frequently wrote letters to various people. We wouldn’t have started to do this if Lockdown hadn’t happened. As thousands succumbed to the invisible disease, we were taking our vulnerable 70-year-old grandparents far less for granted. We were lucky that they were knowledgeable and isolated early. We are lucky every day we have them at the end of a video link.”

Listening to this 13 yr old, how can we ignore the worries she has about her parents employment situation or the health of her elderly grandparents? The words have been written, she has expressed her concerns, only an adult is able to make any change or headway with those circumstances, and yet a young teenager spends at least part of the lockdown worrying about adult concerns. On the one hand we might praise her maturity for considering such topics; on the other there has to be some level of adult intervention that allows her to worry more about what she should want to eat for tea rather than how and who will provide the food.

“Many shops and businesses closed because of the pandemic, one of these was the vet. Due to the vet being closed, we had to deliver 6 kittens in the middle of the night by ourselves, with no experience. Mittens, the mother, had been showing signs of being pregnant for about a month before she gave birth to the kittens. Our rabbit also gave birth to 6 kits the morning after, by this time most of us had nearly passed out from exhaustion. Then, to make matters worse, the chicks started to hatch in a bush in front of the house.”

If we set aside the mental health of young people experiencing lockdown just for a few minutes, researchers must take this opportunity to listen to the experiences of children and their personal narrative. The level of education during this period of time is arguably unprecedented. Some teenagers built their own businesses fetching and carrying food for local residents, other teenagers volunteered in an effort to assist those who were shielding or vulnerable. A good number of teens took on the role of tutor in their own home or via video calls to friends and family members. The level of education and experience that Covid-19 afforded our young people may never be repeated again in their lifetime – so we should capture their experiences, their voices and look carefully at the level of education they received. Let’s not cloud this opportunity with a debate around academic capital versus education capital and simply agree that for many young people, even those who were struggling in schools and college, have increased their capital in ways we can only imagine. Capture their narrative and we can start to analyse the benefits to young people rather than just listing the losses.

“Lockdown didn’t change everything, unlike many others, I had to continue my schooling. Whilst my friends, who went to school, effectively had a holiday during lockdown, I was made to carry on with my schoolwork. At first, I was slightly annoyed at the unfairness of it but then I soon realised that it was no different to when my friends had ordinary school holidays; I still did my schoolwork even when they had holidays. My mum also made sure that our sleep patterns remained relatively the same. Many people in lockdown struggled to keep a consistent sleep schedule and this often resulted in them being tired and lethargic during the day. Mum still made me get up at 9 o clock every morning and she still made me do my morning chores. She tried to keep our life as normal as possible, the only major differences in our routine were the trips we usually had to museums, parks, pools and the ice rink.

Social distancing was a concept that, before lockdown, was unheard of in my generation. Many adults were unprepared for this national pandemic; my mum was ready! Every time we went down to London, she would always use ‘The Zombie Apocalypse’ metaphor to teach us not to touch anything, like elevator buttons in the subway, in case of germs from the thousands of people who may have touched it before us. We would always wear gloves outside of our apartment and, if we did have to press buttons on the elevators or open doors, we would use our knuckles instead of our fingers. Just as the first Covid cases were being reported on the news, we went on a short trip to Carlisle and, even though there were no recorded cases in England or Scotland at that time; even though the government had not issued a lockdown, mum still made sure we had our gloves and didn’t touch anything unless we had to. This meant we couldn’t pick up anything in shops unless we were buying it, we didn’t lean on anything outside or inside of any shops and we all had gloves on and stayed away from others. My dad said that she was overreacting; that the percentage of the population who were infected was really low. Mum told him to make sure he and my brother were washing their hands and keeping away from others because they both worked in the hospitality industry. We went into an self-imposed early Lockdown before anyone else at the start of February because as soon as my mum heard about China having a mass outbreak of Covid she knew that it was only a matter of time before the UK started reporting their first cases. She believed that the only way to ensure the safety of me and my sisters would be to put us all into Lockdown. We were prepared for the pandemic even before the WHO declared the outbreak to be a pandemic. I’m grateful for mum’s swift decision; we were able to easily adjust to Lockdown and keep safe.” 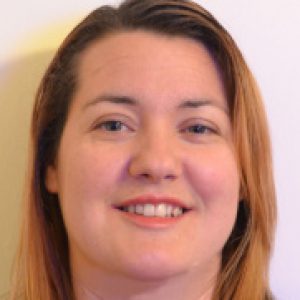 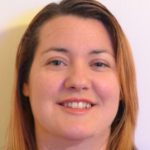 Listening, learning and sharing: The impact of group facilitation in oral history

Realising Rights In Scotland: Making the Case for a Sociology of Human Rights 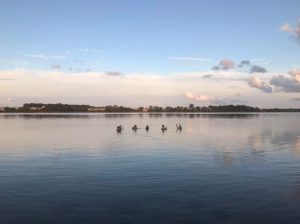 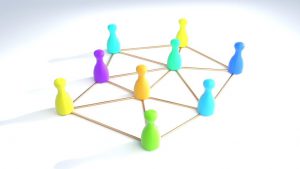 Any cookies that may not be particularly necessary for the website to function and is used specifically to collect user personal data via analytics, ads, other embedded contents are termed as non-necessary cookies. It is mandatory to procure user consent prior to running these cookies on your website.

Please confirm you want to block this member.

You will no longer be able to:

Please allow a few minutes for this process to complete.